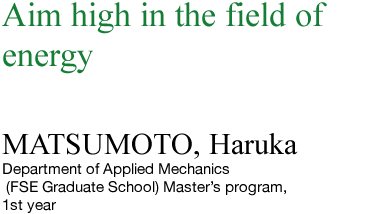 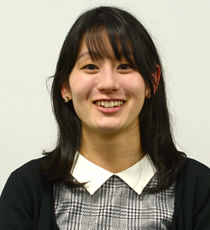 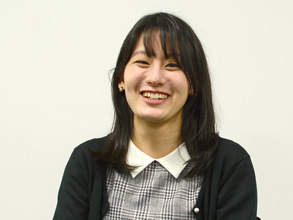 Q Tell us about your research.

I am investigating means of increasing the efficiency of heat pumps used to move heat with little energy. Coolants circulating within a system refrigerate by taking advantage of their effect of “stealing” heat when they evaporate, and conversely in heaters give up heat when they condense.
Ordinary heat pumps use heat from sources such as electricity or gas, but I am hoping to make use of sources such as waste heat from factories and the heat of the sun. Realization of such technology would help make effective use of renewable energy, and contribute to reducing CO2 emissions.

Q Can you tell use more specifically about your work?

In my fourth year as an undergraduate, I’ve worked on creating a simulated heat pump and the construction of an experimental unit.
From this year (2015), I’ll be using the device created over the year to investigate performance. I am also considering making adjustments to the bypass, adding a heat exchanger, and adjusting the coolant. Once all this is done, I’m greatly looking forward to using the experimental device.

Trying for the Airbus “Fly your ideas” challenge
Q Why did you choose the Department of Applied Mechanics and Aerospace Engineering?

I am interested in energy problems, and of these I’d like to be involved with renewable energy. Fossil fuels such as oil are limited, and they place a heavy burden on the environment. And oil is one of the factors that keeps the world in a state of tension and conflict. Resolution of the energy problem is a problem for all of humanity. I want to do things on a similar scale.
However, I did not have such ambitions from the time I enrolled in the school, but developed them while actually studying a variety of other subjects that engaged my interest. The School of Fundamental Science and Engineering holds separate entrance exams for each of its academic programs. This is convenient for students who don’t have a department in mind at the time of admission, as they have a year to decide on a department within the program to which they are admitted.

Q What other things are you doing besides research?

Along with some of the other lab members, I am participating in the Airbus “Fly your ideas” challenge . This is a competition in which any idea can be submitted, provided that it is related to the aviation industry.
We propose using aircraft as relay stations in space solar power systems (SSPS), which transmit power received by solar panels to the ground. At this time, we have cleared the first of three elimination rounds. In the first round, the number of participating teams dropped from about six hundred to one hundred. This includes two teams from Japan: One from the University of Tokyo and the other from Waseda.
The team is working together, visiting JAXA and companies in industry and soliciting advice from engineers as we work toward clearing the second round.