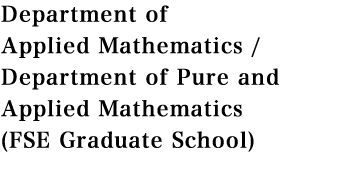 Study mathematics, the foundation of the natural sciences, and take up the challenge of elucidating the principles that underlie the many different phenomena observed in our world.

Starting from a base of abundant curiosity, our courses help develop the human resources need to contribute to development in a variety of fields through mathematics. 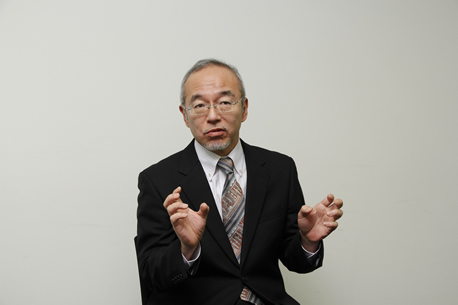 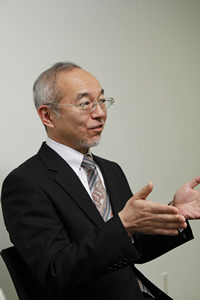 Q. What sort of science is applied mathematics?

― In a nutshell, applied mathematics is the application of mathematics to real-life phenomena that must be dealt with in engineering,
Generally speaking, there are two different approaches to research. The first is to describe real-world phenomena using the language of mathematics, such as with mathematical equations, and the second is to develop mathematical theorems based on phenomena. For example, with the former approach, a single car in a traffic jam might be regarded as a single particle, and expressions used to explain the behavior of that particle as a physical phenomenon. An example of the latter approach would be the use of differential equations in financial engineering, or the application of probability theory to problems of data transfer.
Since applied mathematics requires a greater awareness of applications than pure mathematics, it is also involves study of fields of knowledge such as physics, chemistry, and biology. We also provide compulsory experimental classes. These give students an opportunity to study the mathematical laws of phenomena by inducing chemical reactions in a petri dish, observing the grown of crystals through a microscope, and so forth.

Q. So you cover a very broad range of topics.

― That is one of the characteristics of the program. The scope of applied mathematics is not limited by any particular research bounds. All sorts of phenomena are topics of study.
While the conceptual method of applied mathematics is very old, it is only recently that it has been recognized as an academic field. Compared to pure mathematics, which originated in ancient Greece and ancient China, it is only 25 years since the establishment of The Japan Society for Industrial and Applied Mathematics.

Tying equations and digital mathematics together with solitons

Q Professor Takahashi, I understand you specialize in “solitons” and “digital mathematics.”

― Solitons are waves that propagate without changing shape or speed, and have a type of wave motion that is very stable, so that they retain their shape even when separate waves collide. The speed of propagation of solitons varies according to their size, and a soliton equation is one that describes this motion as a mathematical expression.
As a result of my study of solitons, I proposed a model based on a “box-ball system.” In this model, a number of balls are placed into boxes that are arranged in an infinite line. This model is varied according to the following rules.

1. Balls arre lined up in the boxes in a sequence from the left.

2. If a box contains a ball, it is taken out and carried to the right.

3. When moving a ball, you place it into the first available empty box by itself.

The above sequence is repeated a number of times. As a consequence, isolated balls move only one box at a time, while a number of adjacent balls will move a great distance. It can also be seen that, if a short string of balls is overtaken by a larger string, both of the strings survive the encounter without changing. This is a characteristic of solitons.
The box-ball system can be expressed digitally by representing empty boxes as 0 and boxes that contain a ball as 1. To begin with, the digital world of 1s and 0s has been held to be incompatible with that of the differential equations that originated with Newton.
Since proposing the box-ball system, I have taken up the issue of tying together soliton equations with the digital world, and in cooperation with other researchers have succeeded in making these equations digitally compatible and translating them into that form.
Now we are starting to look at other phenomena besides solitons, and studying ways of translating equations to digital form. This is called “digital mathematics.”

Break the bonds of convention and apply mathematics with abundant curiosity

Q So this is a discovery that overturns conventional wisdom?

― One thing you can say about the Department of Applied Mathematics is that it is filled with people who are interested in new things and who aren’t restricted by conventional wisdom. Since application is a heading that has mathematics at its core, I don’t think there are many who are sticklers for academic purity. So the people I would like to come and study at the department are those who are imaginative, flexible thinkers with abundant curiosity and wide-ranging interests.
> Index