Technology that employs and controls electrons and photons supports the foundations of our modern information society. The Department of Electronic and Physical Systems / Electronic and Physical Systems Department conducts research in electronics and photo-electronics from the nano to the macro level, with a focus on materials science. This research leads directly to the development of materials and devices with new functions. We also try to combine devices with various new functions into systems. Without drawing lines between the fields of electronics, electricity, circuits, IT, communications, materials, physics, chemistry, and biology, we aim to create a new, integrated, nanotechnology-based academic field that meets the needs of the new century. 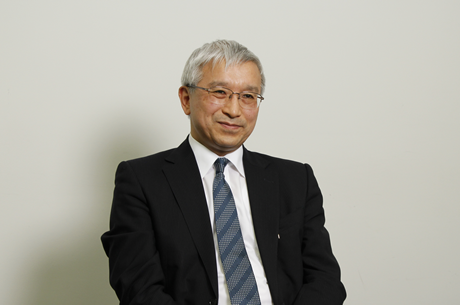 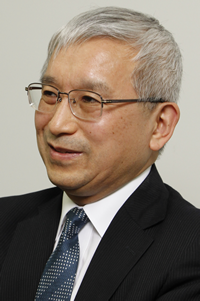 The change is one of name only. There will be no change in the teaching staff, or in subjects taught or research topics. It was pointed out that the current name, “Department of Electronic and Photonic Systems” did not adequately cover the range of subjects studied, and each Parents’ Day we are asked, “what subjects do you actually teach in this department?” We realized that the department’s name is key to how it is perceived from outside, particularly by industry.
The mission of the department is to foster the growth of top-level resources for Japan’s key electronic industries. Although the term “photoelectronics” was appropriate while electronic engineering and optics/photonics filled key roles in these industries, recently there is demand for development of devices employing functional systems based on physics that do not fit into the category of electronic engineering. In consequence, much greater emphasis is being placed on education in physics, and the intent of the name change is to express that change in focus in a more direct manner. Although the importance of optics and photonics remains unchanged, it was decided that a name emphasizing that the curriculum is based on physics would give candidates a better overall idea of the department.


Ｑ Professor Shoji, please tell me about your field of specialization.

I specialize in the field of technology for microelectromechanical systems (MEMS), which involves a fusion of electronic engineering and mechanics in the production of very small devices. I originally worked in a circuit laboratory, and successfully produced miniature mechanical components on the micrometer scale after I started applying integrated circuit processing technology to the production of micromechanical devices about 25 years ago.
The mechanical components I’m referring to are pumps and valves, devices which make it possible to shrink entire laboratory systems in the fields of biology and chemistry to the point where they will fit on the palm of your hand. More specifically, we’ve succeeded in developing devices that handle complex chemical reactions, making it possible to manipulate DNA, proteins and cells in microchannels with a high degree of precision. With reduced size comes faster experiments, since the smaller quantities of reagents required reduces reaction times, as well as the cost of expensive reagents such as enzymes. Further, the ability to integrate many flow channels of the same form onto one package increases efficiency by allowing a variety of experiments to be done all at once under a variety of conditions. Also, experiments involving chemicals that produce large amounts of heat can be conducted in relative safety, so even experiments involving explosives are possible.

Ｑ What is the role of physics in such devices?

For example, changes in the properties of fluid occur as it flows through the micrometer-scale flow channels mentioned previously. The design of effective mechanical elements and chemical reaction systems requires an understanding of the associated physical properties.
The department provides expanding opportunities to use structures such as nanotubes in devices. This requires not only an understanding of their structure, but also the ability to take account of the characteristics of the material. Further, the development of devices that employ organic materials is a field in which Japan can demonstrate its innovativeness; this requires extensive knowledge of physics.

Ｑ What added value do organic materials bring into the picture?

For example, as you know, Japan has surrendered its share in the field of semiconductors to Taiwan and Korea. However, those countries are currently not capable of producing organic materials such as functional polymers and nanotubes, and must import them from Japan. Japan has an edge in processing technology for such materials, and has a clear lead in ability to quickly bring things into production. I think this is an area in which Japan can flourish. Therefore, Japan must exploit its knowledge of electronics and integrated circuits to create devices that provide new functionality. With so much waiting to be discovered, this is a very exciting area that has very interesting research possibilities.

I always tell students, “take a broad view of things” When you run into a wall, take a step back and objectively evaluate the situation you are in. To do this, you need to acquire a wide range of knowledge. This department studies a wide range of subjects, from atoms and molecules to systems, and I would like students to get a solid footing in the basics over the entire range before going on to a field that engages their interest.
It’s often said that Japan is a closed and stagnant society. Many people are pessimistic about the country’s future prospects, thinking it has reached its limits and will now go into decline. However, producing devices is our livelihood, and as the materials with which they are used change, there will be a need for new devices that we cannot currently imagine. Mathematics and physics are the foundations on which such wondrous devices and systems will be developed. Adding to that, Waseda has some of the best research facilities in Japan, including its Nanotechnology Research Center. Taking full advantage of these resources, study hard and break out of your own isolation with the ambition to change the world.
> Index